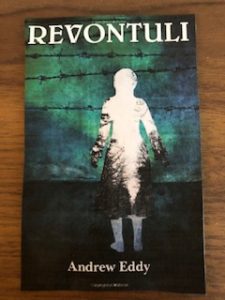 I reviewed this wintry book for the November, 2014 issue of Historical Novels Review.

Set in war-torn Europe between 1940 and 1944, this story tells how the Germans occupied and then destroyed the Sami people’s lands in the Finnmark–Norway’s northernmost county, lying fully within the Arctic Circle. The Sami, sometimes called Lapps, are nomadic reindeer herders. Their ancient culture and ability to live off the land stood them in good stead during the German occupation and the scorched earth policy that followed.

Marit is half-Sami and half-Norwegian, living on a farm outside the village of Karasjok. Like others of her friends and family, she is strongly affected by the brutal treatment the Germans afford their eastern European slave laborers. During the occupation she falls in love with Hans, a young German soldier. Their story is heartbreaking, although probably not unusual for their circumstances and for that era in history. Marit and her mother, among many others, are evacuated to Tromsø, where they are fortunate to have family. Eventually they return to the mined and burnt-out Finnmark, where their Sami culture prevails, and Marit’s future appears hopeful, if not traditional.

The magical, Nordic setting of forests, fields, lakes, and rivers under the Revontuli (Finnish for “fox’s fire,” or northern lights) adds interest to the deeply emotional but fairly predictable love story. The depictions of traditional Sami life and folklore are riveting.

World War II buffs and anyone interested in the Finnmark and the Sami culture should enjoy this book. It illuminates what to most is probably a little-known wartime event. A historical note with more information about Karasjok and the rugged endurance of the Sami would have been welcome, but it is not really necessary. Recommended.