March seems like a good time to look for titles set in or related to Ireland in some way. I reviewed this one in HNR Issue 83, February, 2018. 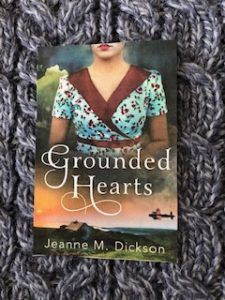 Nan O’Neil is a devout, widowed midwife in rural, politically neutral Ireland during World War II. When downed RAF pilot “Dutch” Whitney appears on her doorstep, Nan treats his injuries and conceals him from Local Defense Force officer Shamus Finn. At that time, Ireland was interring captured combatants of either side in prison camps. Nan and Chris fall in love, although she is still haunted by her troubled first husband’s death. She tries to help Dutch travel two hundred miles north to Ulster where he can re-join the Allied forces.

Toward that goal, a host of varied Irish characters is introduced. Shamus Finn continues to be a nemesis. The plot–full of subtle humor and derring-do–progresses to a surprising ending for those not familiar with Ireland’s World War II history. Readers who know the country will recognize the backdrop and some of the cast–probably with a chuckle. The book is slightly flawed by too much phonetic spelling of the Irish accent and by the one-dimensional, buffoonish villain, Shamus. Still, this heartfelt, witty debut is entertaining, illuminates a piece of obscure history, and is worth a look.